The cross country team will run at the district competition this coming Saturday at Lee’s Summit North. A good performance would allow them to qualify for state. We caught up with a couple members of the team to discuss their preparations.

The Truman football team held their own for a half, but injuries and bad luck allowed Raytown to pull away for the win the second half. Photos by Makenzie Burnett and Hunter Springs

The Truman soccer team defeated their Noland Road rivals 1-0 last Thursday. It was a game full of great saves and narrow misses that ended on a Truman PK late in the second half. Photos by Makenzie Burnett

Molly Bradshaw and Katelyn Bragg talked with us about their experiences at the state tournament. Bragg finished tied for 14th and became just the second state medalist in school history.

A couple Truman volleyball players discuss their senior night and what it meant to them.

BY CAMERON CAMMACK Walking into a store, I see a tag that says “One Size Fits All”, I frown knowing what that phrase really represents. “One Size Fits All” actually means one size fits FEW. Things like this have the potential to damage people knowing that they may […] 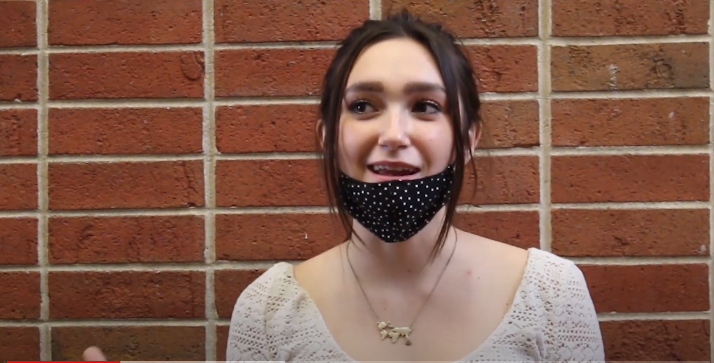 The Truman theatre department is using the pandemic as way to bring an old play format back to life. Two seniors, Madison Baker and Gabrielle Petentler, are directing radio plays this year. We caught up with the two of them to discuss their thoughts on the plays they […]

It’s been a season full of near misses for the Truman football team. As they approach the last game of the season we caught up with a few players to reflect on a long year. More photos from last Friday’s game by Hunter Springs and Ryan Swarts:

Truman built an early lead, but they watched it disappear in the second half in their eventual loss to Fort Osage. Here are the highlights: Photos by Kailey Sterling and Kaylee Lawrence