Shortly before noon on November 12, 2022, Mehran Karimi Nasseri, more popularly known as Sir Alfred, passed away in Paris’ Charles-de-Gaulle Airport. Airport authorities first responded to reports of a heart attack in the airport’s Terminal 2F but were unable to revive Nasseri, 77, who passed away shortly afterward.

Inexplicably, some 4,523 odd miles and an entire ocean away from Sir Alfred’s chosen place of residence in Charles-de-Gaulle, I felt a tinge of sadness upon learning the news of his passing. The same sort of sadness that comes from growing up—learning that not everything you thought would last forever truly does.

Those who know of Sir Alfred always have a different connection to him. Many people claim familiarity with his story due to the 2004 Steven Spielberg-directed film The Terminal, starring Tom Hanks. In the film, Hanks plays Viktor, a traveler from the fictional Eastern European country Krakozhia stuck between a rock and a hard place—an airport terminal. Denied entry back to his home country due to a military coup, yet denied entry into the United States due to the country’s refusal to recognize Krakozhia’s new Government, Viktor finds himself at home, literally, in an airport terminal in New York City’s John F. Kennedy Airport.

But what many don’t know is that Spielberg’s story is not a direct adaptation of Sir Alfred’s—far from it. Over the course of his 18 years and handful of months living in Charles-de-Gaulle, Sir Alfred could have left at virtually any time. It is due to the lengths by which an individual can cast aside every logical ounce of a “normal” livelihood for a self-perceived notion of grandeur that Sir Alfred’s story resonates so much with me. Sir Alfred’s decision to take residence in a space most loathe spending more than two hours in hurt nobody but himself—so why then, did he refuse to leave until he was ousted by the French Red Cross in 2006 due to a medical emergency? It could be argued Sir Alfred held some sort of comfort in his position (and in his minor celebrity status) that the rest of us beleaguered homesteaders simply cannot feel. But then again, maybe I could be considered an enabler of such behavior.

Let’s start at the beginning. Mehran Karimi Nasseri was born in 1945 in Masjed Soleiman, Iran, a settlement of the British-owned Anglo-Persian Oil Company. His father was supposedly a doctor and his mother a nurse from Scotland, but it’s impossible to know for sure. In 1973, Sir Alfred, then still known as Mehran Nasseri, arrived in the United Kingdom to undertake a collegiate course on Yugoslav studies. It seems as though his time in the United Kingdom left some sort of imprint on Nasseri—after all, he did later choose to not only adopt the English honorific title “Sir,” but also his erroneous idea of what British citizenship is.

In 1977, Nasseri alleged he was expelled from Iran over protests against the Shah, but again, it’s impossible to know for sure. To date, no solid evidence has been produced supporting Nasseri’s claims. After being awarded refugee status by the UN’s High Commissioner for Refugees, Sir Alfred decided to return to the United Kingdom, this time in an attempt to search for his estranged mother. However, fate would have other plans, as Nasseri’s papers were stolen, along with his briefcase, while en route to the United Kingdom in 1988. Boarding a plane to London from Paris, Nasseri’s hopes of making new roots with his British heritage were dashed when immigration officials refused to grant Nasseri entry into the United Kingdom due to a lack of legitimate papers. He was promptly extradited to France. After a brief detainment, it was determined that Nasseri’s entry into Charles-de-Gaulle airport was legal, and so began Nasseri’s long, strange stay in Terminal one. In 1992, a French court ruled that “having entered the country legally, he could not be expelled from the airport, but could be granted permission to enter France.” By this point, Nasseri, now going by Sir Alfred, had already attracted his fair share of attention—not only from airport employees, who, perhaps out of pity, supplied Sir Alfred with food and toiletries, but from travelers in their own states of transience—many of whom wanted to see for themselves the truth of the “Terminal Man” urban legend. 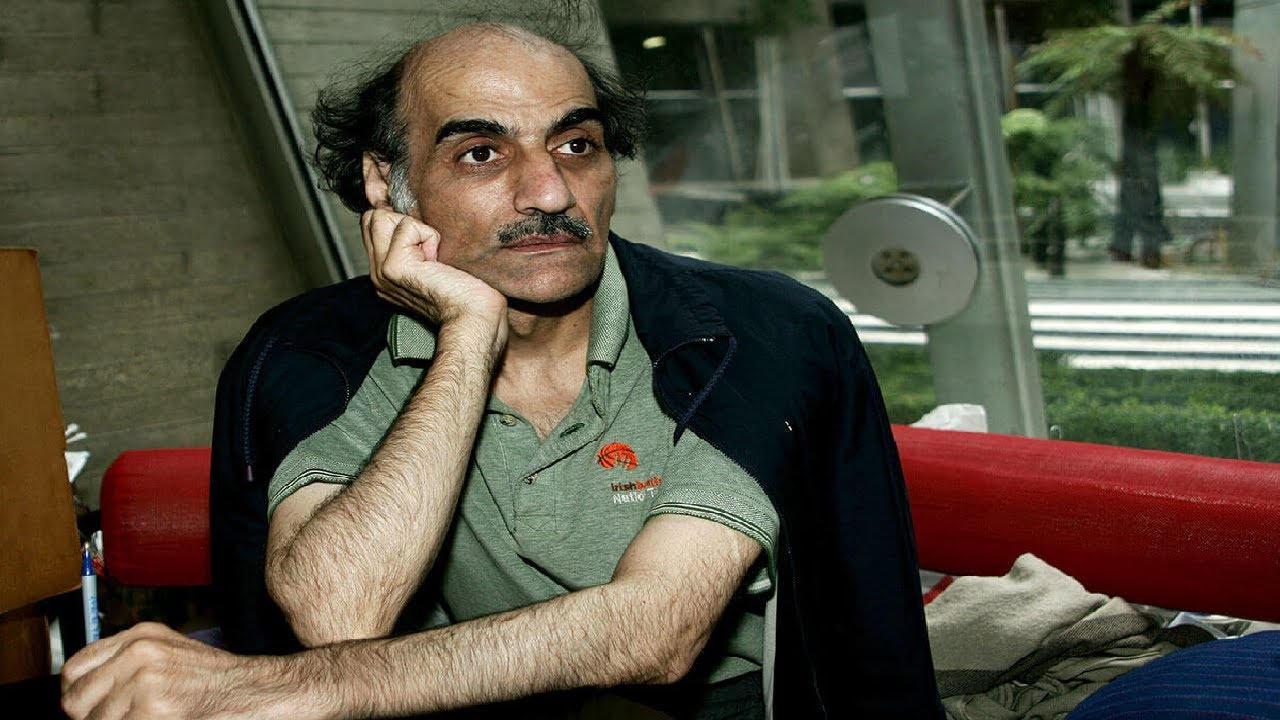 The concept of statelessness, or being in but not of, is a fear thought about by few, but known to even less. A displacement, not only in the physical sense but also of identity, is akin to taking one’s entire livelihood. To a certain extent, recounting the story of Sir Alfred’s stay in Charles-de-Gaulle prompted me to confront my own identity. As a 17-year-old pop culture nerd from suburban Kansas City, how would my past shape how I lived, and how I carried myself if I was to be confronted with a society that only chose to take that past away from me? Perhaps, I found myself thinking, I was wrong about Sir Alfred all along. Perhaps he chose to stay in Terminal one for so long because it was all he had left. The victim of a system that had kept him waiting for so long that he knew nothing except for the cycle of waking up, reading, writing in his diary, studying economics, and walking the terminal he called home.

But the story complicates itself, much like the process by which Sir Alfred found himself a victim to, when one considers the attempts to have new documents issued to him from Belgium, by which Sir Alfred refused to cooperate. Or the later offers of residency from both Belgium and France, which Sir Alfred refused due to the papers not listing him by his preferred name. In fact, it seems as though the stolen briefcase story, the singular source of Sir Alfred’s plight, may have been a hoax, as his 2004 autobiography The Terminal Man alludes to his papers being mailed to Brussels while onboard a ferry to Britain. I found myself thinking that perhaps Sir Alfred’s self-sabotaging tendencies came from a place of selfishness- that he refused to live a normal life because his only claim to notoriety lay in not living one.

In any case, Sir Alfred’s 18-year living quarter in Terminal one was dismantled in July 2006, when its fateful occupant was hospitalized due to what some may consider a terminal illness. Upon being discharged in January 2007, the details of Sir Alfred’s story become scant and far between. Reports say he drifted through various hotels and shelters, unsure of where to truly call “home” when the only place that could hold that title handled him the same way it had the nearly 76 million other patrons it served that year. That being said, it seems Sir Alfred’s connection to Terminal one seemingly never faded, as evidenced by his return to Charles-de-Gaulle mere months before his passing.

So, what was the point of telling this story? Can we feel some sort of connection to Sir Alfred? Perhaps. Do I empathize with his condition? In an odd way. Am I suggesting you live in an airport terminal for 18 years? No. I certainly couldn’t. But some lessons can be learned from Sir Alfred’s story. The first of which is, no matter how much you wish to help someone for the perceived “better,” they do not always wish to help themselves. But, as the second states, it’s not a bad thing to let such people live their stories the way they see fit. If Sir Alfred’s wish was to be remembered, he certainly got it. Numerous short stories, novels, documentaries, and even an opera have been created either in direct adaptation of his story or in its honor. What’s thought to be the “better,” the pot of gold at the end of the rainbow, the idealistic utopia, is different for everyone. It sure was for Sir Alfred. May he rest in peace. And may his stay beyond this world be a peaceful one, no matter which terminal he ends up in. Next time I’m in Terminal one of Charles-de-Gaulle, I’ll be sure to pay my respects.