The Truman girls’ basketball team dominated Fort Osage in their first round district battle. Their 57-25 victory advanced them to the second round where they will take on top seeded Liberty North. That game will take place tonight at 7:00 pm. Despite Liberty North being the top seed and Truman being the four seed there’s not much between the teams record-wise. The Truman girls are now 11-9 on the year and Liberty North is 12-8. 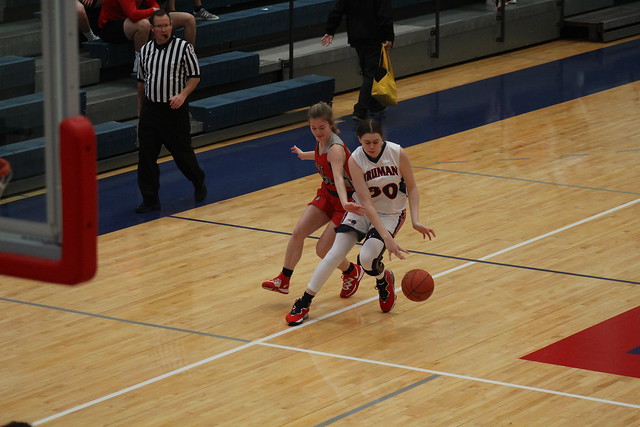