Truman Boys’ Basketball Knocks Off Their Rivals (video and photo)

For years the marquee match-up in the district has pitted the Truman Patriots against their crosstown rivals from William Chrisman. And in most seasons the match-up delivers as billed…close to the end.

But this season the Truman boys’ basketball team had more in store for their took out their Noland Road rivals. The Patriots punished the Bears for four straight quarters and never allowed for a second to breathe. A stifling defense held their opponents to less than 50 points. They also capitalized off turnovers leading to numerous fast breaks. In the end the Patriots secured a 72-45 win over Chrisman.

The victory moved the Patriots to 14-3 on the season, and they are still in the hunt for the first seed in their district. Next up they’ll play a Raytown team that looks to be a difficult challenge. 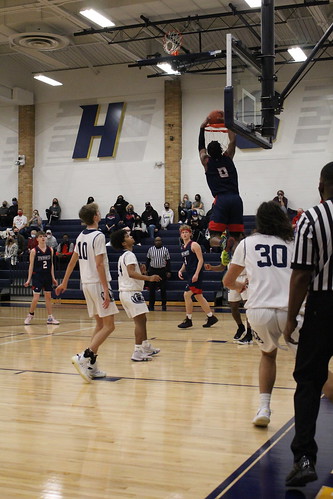